HGV and Taxi Medicals for drivers in Lancashire, Manchester, Salford, Middleton, Bolton, Bradford Leeds, St Helens, Warrington and more. This location is great for urgent appointments as there are always plenty of slots available. Burnley is

We provide nationwide coverage on our HGV Driver Medicals. Completed by our doctors, who are experienced in providing you with HGV Medicals, simply book yours today.

The town is located near the countryside to the south and east, with the towns of Padiham and Brierfield to the west and north respectively. It has a reputation as a regional centre of excellence for the manufacturing and aerospace industries.

What’s Involved in a HGV Medical?

For emergencies we guarantee to offer you a same day appointment at one of our clinics. Parking available. Easy access.

What do you need to bring with you?

What does the medical examination involve?

The examination will only take around 15 minutes. It includes an eye test, Blood pressure check, physical examination and BMI Check. You will be asked questions about the following topics:

The doctor will complete the form based on your answers, medical history, medications and the results of the examination findings.

Check Out our FAQs page for more information. www.just-health.co.uk/faqs-d4-driver-medical/

When do you need a D4 medical examination report?

This medical assessment is performed by our GMC registered Doctors at Just Health clinics.

To Complete this medical you need to be assessed by a doctor who is registered with the general medical council (GMC). The Eye Test is also included at no extra cost.

You will need a D4 medical examination report:
• if this is your first application for a Group 2 bus or
lorry licence
• if you are applying to renew your Group 2 entitlement
at 45
• from 45 on, a D4 will be needed every 5 years until
you are 65 when you will need one annually
• if you are under 70, hold a medically restricted car
licence and held this licence before 1 January 1997
and wish to apply for C1 or C1/D1 entitlement
(vehicles between 3500kg and 7500kg and/or a
maximum of 16 passenger seats)
• if you are applying for a new Group 2 provisional
licence and a D4 has not been submitted in the last
12 months
• if you are a NI or EU or EEA driving licence holder whose
authority to drive Group 2 in Great Britain has run out
• if you are 70 and still need C1 and D1 entitlement,
you will need to have a D4 every 3 years.
Please note
You do not need to send in a D4 when you renew a
medically restricted licence until you are 45. If you are over
45 and have a medically restricted licence, a D4 will be
required every 5 years.
Further information is available at
www.gov.uk/driving-medical-conditions

How do I confirm my booking?

What Driving Licence and Medical do I need to Drive my Vehicle?

D1 Minibus with up to 16 passenger seats D4 Medical Required

The medical examination includes a vision assessment
which must be filled in by a doctor, optician or optometrist.
All doctors at Just Health Clinics will be able to fill in both the vision and
medical assessment.
Please note all our doctors are sanctioned to carry put DVLA D4 Medicals and are GMC registered and licensed to practice in the United
Kingdom or registered within the EU.

What to do with the completed D4 Form

Send the filled in D4 (vision and medical assessment) with your application form (D2/D47P) and driving licence to DVLA, Swansea, SA99 1BR.

If you do not send all the forms together, the processing of your application will be delayed.

The D4 is valid for a period of 4 months from the date Our Doctor signs and dates it.

I have been banned from driving and I need a medical, Can you help?

For anyone who has been banned from driving and wishes to re-apply for their driving license, You may need a HRO Medical (High Risk Offender) medical such as a drink driver medical or drug driver medical. Please request the DVLA to appoint Just Health Burnley BB10 1DT (if this is within your locality). We offer appointments weekly. We are operating as normal for HRO Medicals in line with DVLA GUIDANCE. 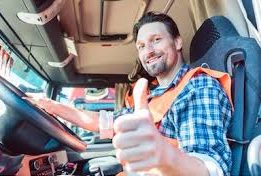 Very friendly service fast and efficient with the added bonus I had my medical on a Saturday so didn’t have to take time off work! I’d definitely use again and recommend.

Very professional, great social distancing whilst maintaining a friendly helpful atmosphere. The process was quick too. Would definitely recommend!

Good and efficient service ,thank you for working during the virus epidemic, helpful getting my pco medical completed.

Good all forms checked and filled in very prompt

We have used Just Health for a family medical. I was very impressed with how efficient and easy the whole process was. I received an appointment very quickly and was able to get it all completed very efficiently. I couldn’t recommend them highly enough.

The best clinic I have ever done medicals. Professionalism and approach to patient is exceptional. I truly recommend.

I arrived early and got seen straight away. Doc was very professional and was extremely polite. Answered all my questions I had to ask about the forms. Will use again if she’s still doing it in 5 years.

Did not wait long all most straight in and out. My doctor had charges me £130 pounds last time. Saved £80 pounds. Result!

The Doctor was very informative and went through every eventuality.

Had my HGV Drivers medical with Dr Khan this morning. Fast, friendly, efficient and helpful. Very happy to recommend.

Needed a medical for my LGV. Contacted the clinic direct and they were helpful, polite and professional. Booked my appointment and everything went very smoothly. I would recommend thsi clinic.

Very nice doctor very helpful happy with the service will use again thanks a lot best wishes.

All good. Parking on street opposite. Friendly doctor.

very happy with the service. Felt comfortable and reassured throughout the procedure. We were issued with an aftercare leaflet and a phone number we could ring in case we had any concerns.

Very Good service could not fault.

Lovely doctor, very positive and pleasant experience. Late appointments available, which is very convenient to pop in after work

Great doctor and knows exactly what he was doing. Made you feel comfortable and welcome. Great guy thanks and will definitely recommend others to use you.

(D4 Medical) Appointment was booked the next day, receptionist staff friendly and helpful providing receipts on request, doctor was friendly and professional, overall brilliant service saving half price in comparison to NHS and a week early very pleased!

Really professional place and all was done quickly and efficiently. The doctor explained everything and was very patient, helpful and caring. Highly recommended